We Play Our Program After

You can compete against other players in the Star Tournament by collecting stars from the levels for amazing rewards! 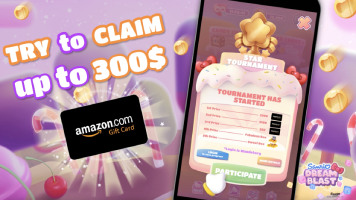